So Why Does It Hurt When You Get Stung?

I remember as a kid, getting stung when walking across a field in bare feet was a major event.  The exaggerated limp and trying to hide the tears.  You couldn’t let anyone see you cry; your reputation would be damaged severely.  Back then, this was somewhat of a common event.  If you were going to risk the freedom of walking bare footed, sooner or later you were going to pay the price.

I do not miss getting stung, but sadly I do recognize that the chances of that happening are significantly reduced now a days.  I have walked across fields of ground clover not once seeing a honeybee.  This is only going to get worse if we don’t do our part to protect the earth’s pollinators.

But let’s get back to the moment you felt that sting on the bottom of your foot.  Why did it happen and why the heck does it hurt like that?  The first part of that question can be answered by stating simply, you just stepped on that honeybee.  It thought it was being attacked so it fought back by injecting your foot with a tiny amount of venom.  One tiny drop.  So why the heck does such a small amount of venom hurt like that?  To answer that we have to look at what the most common components stinging insects have in their venom.  Learning this can help you make treatment decisions and not freak out when you develop a localized response at the sting site.

First, I’ll list the components of the insect’s venom and then below you can see what part they play in your body’s reaction. No, I probably don’t have to say this, (sort of like the newscaster that tells you to dress warmly when going out in the bitter cold….)  if you have a history of severe or anaphylactic reaction to insect stings, get that EpiPen in use if you have one and call 911.  But otherwise, many sting events do not need to be seen by your healthcare provider.  Time, antihistamines such as Allegra or Zyrtec and some topical cortisone cream will help.  Benadryl is a stronger antihistamine, but just be careful of the sedation effects.  The resulting redness and swelling are not likely an infection, rather an inflammatory reaction that will pass in due time.  The venom is doing exactly what nature designed it to do.  That being said, if you are concerned, then by all means consult your healthcare provider. 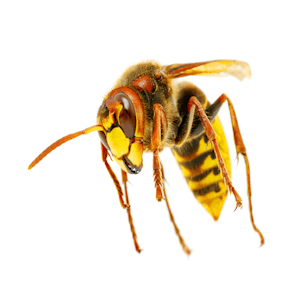 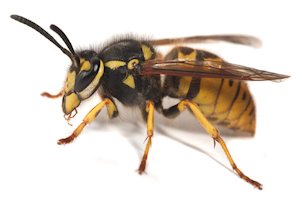 ACETYLCHOLINE – Can enhance the nerve’s transmission or perception of pain.

APAMIN – Works on the Central Nervous System by passing through the blood brain barrier and acting to block Ion channels. While some of today’s medications are used to selectively block or slow down Ion channels to minimize symptoms, this substance can have a different effect and enhance pain reception and other unwanted symptoms.

DOPAMINE – is a substance produced in the brain that helps the nerves send signals and aids the body in many functions including movement, memory, attention, and moods.   Although needed in the body, too much of a good thing can often be bad.  Luckily the extra dopamine in the venom is often negated by other substances.

HISTAMINE – Activated by the body during response to an allergic trigger.  The extra histamine in the insect venom results in increased localized swelling, redness and warmth. It also enhances the pain at the site of the sting.

KININ – A substance found largely in hornet and wasps’ venoms.  Although not fully understood it is believed to play a big part in the pain response.

MCD PEPTID – Results in the breakdown of the victim’s mast cells.  This in turn releases inflammatory agents and creates localized swelling.

MELLITIN – A large component of venom that has a toxic effect on local cells resulting in their destruction and cell death.

PHOSPHOLIPASE B – Similar effects to phospholipase A but also has an agent that will help immobilize smaller victims.

NORADRENALINE – Causes the constriction of small blood vessels.  This results in prolonged swelling or fluid collection in the skin.  Can also raise the victims blood pressure if enough is present.